About the Dublin Tunnel

Dublin Tunnel opened to traffic on December 20th, 2006. It is a twin bore tunnel of 4.5km in length with a height clearance of 4.65m. It is part of the M50 motorway and completes the northern part of the C-Ring around Dublin city. It is a dedicated route for Heavy Goods Vehicles between the Port, located in the heart of the city and the greater road network via the Coolock Lane Interchange (M50).

All traffic, arriving at, or heading to, Dublin Port must currently travel through the city centre. The completed scheme will take the majority of the heavy goods traffic out of the city and onto the national roads network in 6 minutes. The Tunnel will be toll-free for Heavy Goods Vehicles and coaches over 25 seats. All other vehicles will be tolled.​

Planning for Dublin Tunnel started approximately ten years prior to commencement of construction. It was part of the Dublin Transportation Initiative in 1993. Pre-planning involved extensive public consultation on route, environmental impact issues, construction method and impact of construction on the local areas, prior to the tender process.​

Dublin City Council is the client for the Dublin Tunnel Project, which is the largest ever roads transportation project in the Republic of Ireland. The National Roads Authority (NRA) as part of the National Development Plan finances the project and is under the remit of the Department of Transport. The contract for the appointment of the Construction Supervisor went out to tender in the Autumn of 2000 and Kellogg Brown and Root (KBR), with sub-consultants, were appointed in January 2001.

The overall project budget is €752 million. This is the total of the construction tender, €448 million, and €304 million for project costs including construction supervision, land acquisition, insurances, legal fees, EIS and pre-planning investigations, etc. 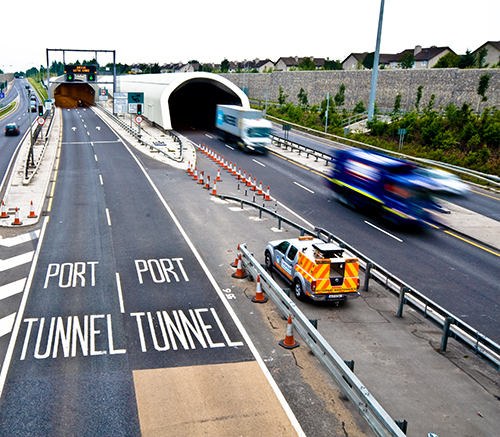 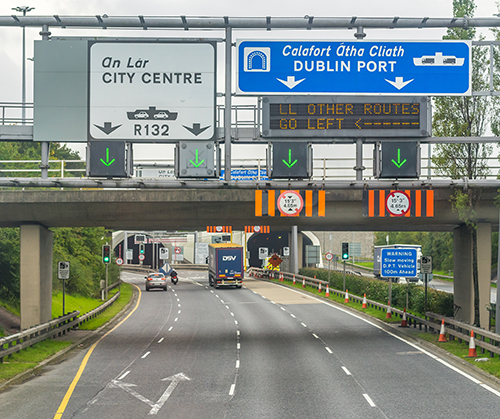 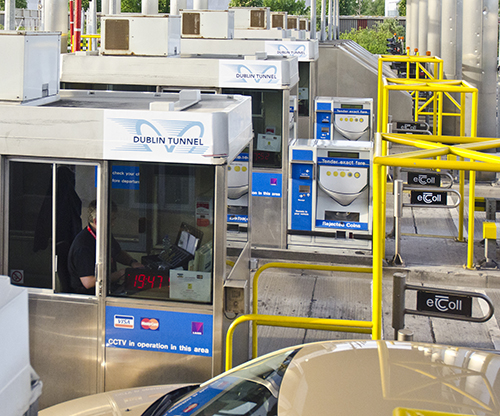 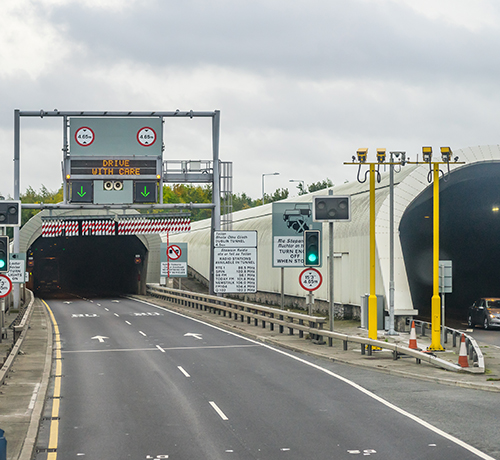 Safety information for before entering the tunnel, safe conduct in the tunnel and what to do in the event of an accident or emergency.